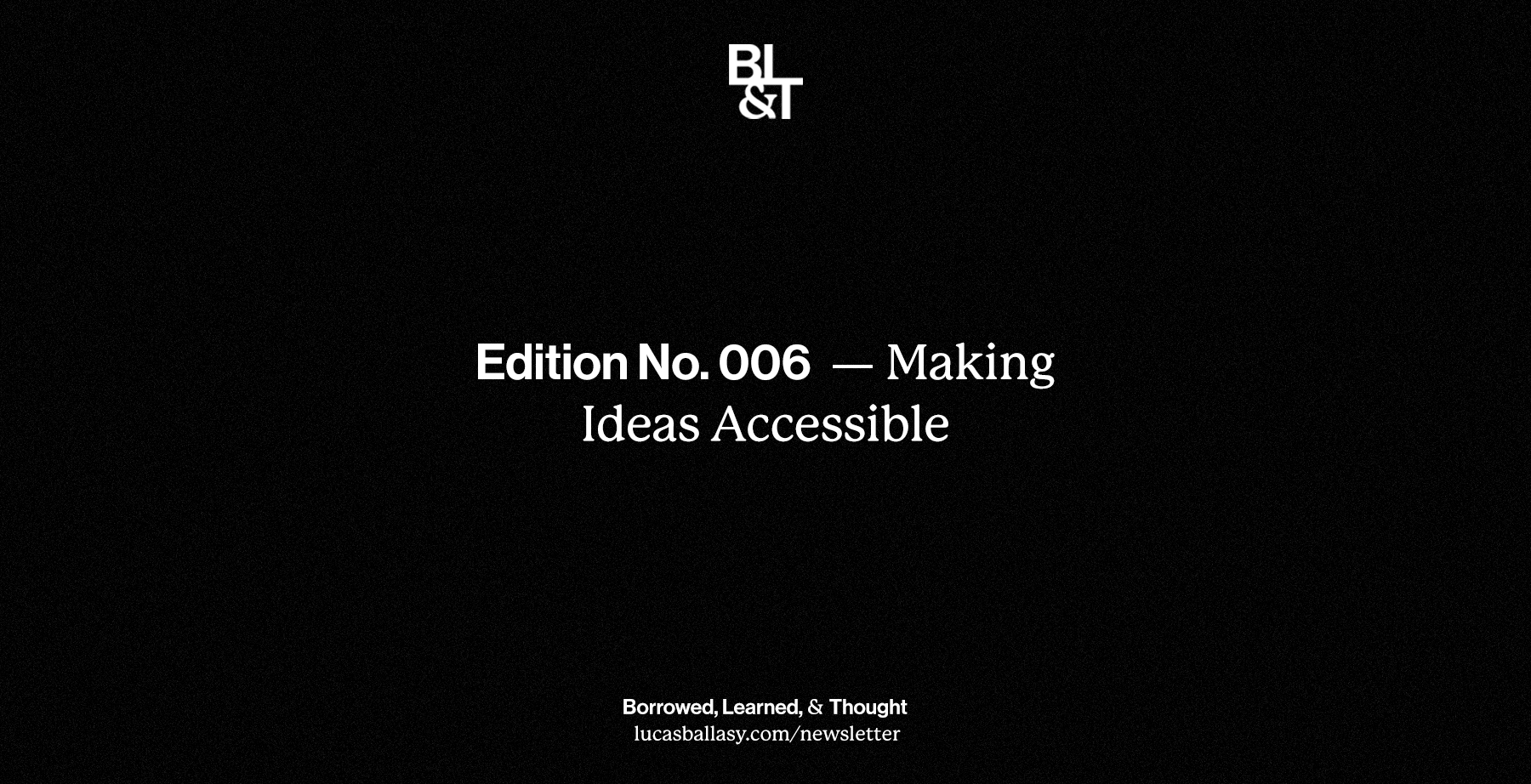 "When [young people] say, “I feel happy,” it tends to be followed with statements about accomplishments or activity.

As [they] get older, the statements drift steadily towards feeling self-contentment or connectedness ... it’s like we know objectively that’s where we’re going to end up, that’s what we’re going to care about, but then we spend most of our lives focusing on piling up accomplishments."

When staffing new projects, I try to create opportunities for designers to lead at every level, even interns. I often find that ownership is one of the best drivers for the success and growth of an employee, especially when faced with new challenges.

As of a couple of months ago, this methodology existed purely through my actions. It wasn't until a junior designer, intern at the time, commented on what she called "the democratization of the design team" that I gave it more thought.

After she shared her observations with me, I realized that she probably wasn't the only one who had an opinion about this; however, no one had brought it up. I craved more conversations like this. My so-called "methodology" wasn't much of anything unless I organized it in a way that people could understand and would solicit input.

In an attempt to codify my ideas around designer staffing, I spent some time creating a visualization. I used our weekly design meeting this past Thursday to share what I put together (shown below).

While the thinking behind the visualization wasn't a surprise, the mere fact that it now existed in a format that everyone could align on led to a productive discussion with designers at every level contributing. By the end of the meeting, we had even uncovered new insights and refinements that better reflect how the team is collaborating daily. I'm excited to see how this evolves and how else it can be useful for the team.

Where am I paralyzing myself by trying to develop an idea on my own rather than seeking new points of view?