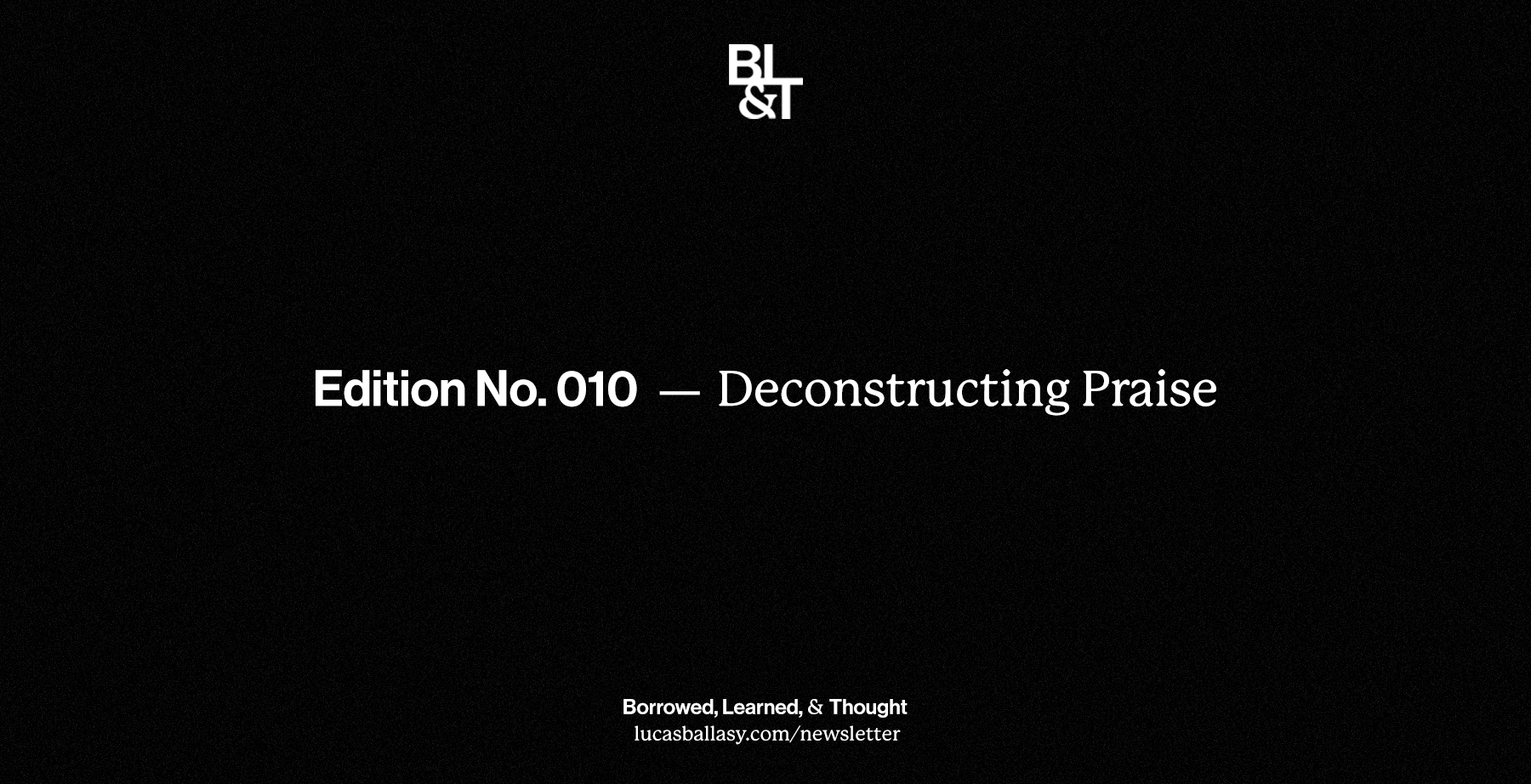 "[When you get] people’s priorities right on the short term, a lot of the longer term goals and issues take care of themselves.

... But in fact, what most leaders do is the opposite. ... They’re not nearly as focused on the short-term priority that everyone’s focusing on right now [because] it’s hard in one sense ... you have to constantly calibrate and recalibrate people’s priorities."

Randall Stutman, The Essence of Leadership [The Knowledge Project Ep. #96]

When a new team member joins Barrel, we look forward to getting them integrated, but we know that it will take time for them to create an impact. Last week, one recent hire was generating some positive buzz right out of the gate. It was encouraging, but it did seem odd. We hadn't hired this person to fix anything, yet it sounded like that's all they were looking to do.

Throughout the week, my one-on-ones began turning into conversations about this person. It was fascinating; a positive comment in passing would lead to an area of critical feedback and concern.

I've found that it's easy to jump into reactive problem-solving mode when these types of scenarios feel like they're beginning to unravel. We often start with a temporary fix and end with a worse situation down the road. I resisted the urge, opting to take a step back and talk it through with the other partners. They shared a similar concern. We had it under control by Friday afternoon.

It turns out that this person's version of their job description was very different than ours and included a broader scope. The intent was good, but the focus was all over. They needed direction to recalibrate their priorities, calibration that was missing early on. While their ideas initially energized others, the situation quickly took a turn when those ideas conflicted with separate ongoing personal and discipline initiatives.

Luckily, we were able to get ahead of this before it ever really became a problem. Truthfully, it should have never happened.

Lesson? In an organization, praise is often a signal for how a person spends their time. If a person receives praise for efforts outside their role, there's likely more to the story.

As leadership, we should treat the praise of our team like feedback. Listen closely. Make time to understand. If it doesn't feel right, don't hesitate to find out why.

Where have I let an underlying issue disguise itself as praise?