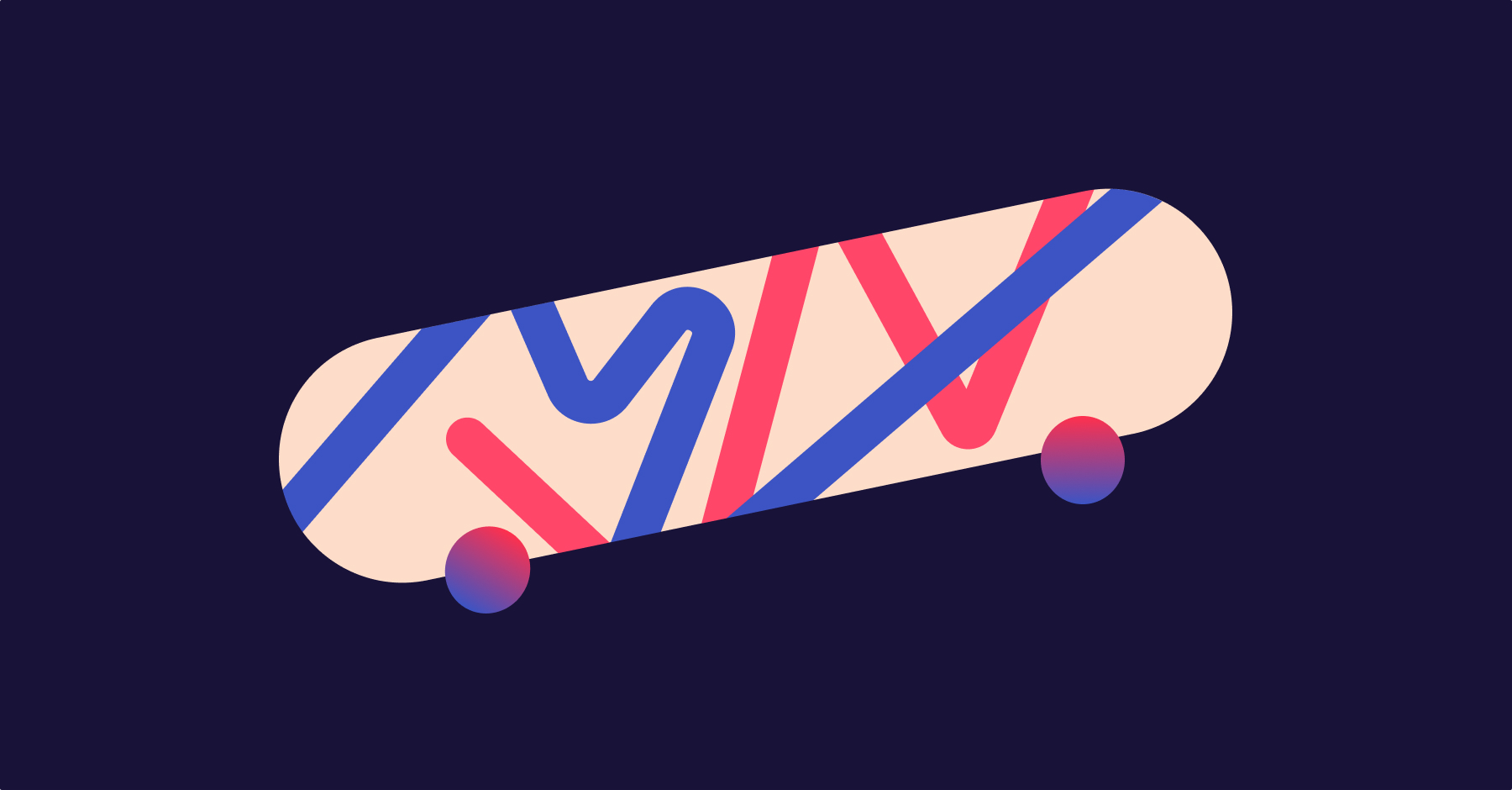 We've all met someone who "thought of that" invention before it hit the market and became wildly successful. I'm not that person, but I do have a story.

When I was in first, maybe second grade, I was crazy about skateboarding. So much so that my sixth-grade assessment topic was "the history of skateboarding." I can still remember the poster board of painted red bricks. Anyway, I digress. I wanted to keep skating while at school, and I couldn't, so I decided to create a mini version of my skateboard.

I cut index cards into the shape of a skateboard, filled the bottom layer with glue, and folded up the sides so my fingers could stay attached. Then, I waited for the glue to dry and become firm before adding artwork to the bottom. The final touch was wrapping the entire thing in tape, my version of waterproofing.

These glue-filled boards were all the rage among my friends. I started making them for kids on the playground, custom artwork included. I can't remember if I charged them or not, but I want to say that a "skateboard" was 25 cents.

In 2008, Tech Deck hit the scene, and I was out of business. If you ask my Dad today, he'll tell you that he still gets sick thinking about this.

If you can't beat them, join them. I joined the Tech Deck movement and pivoted my "business." If you're not familiar with Tech Deck, their skateboards are identical, miniature copies of real skateboards, wheels, trucks, hardware, and all. I'll admit, I still find them super cool.

Tech Deck boards were so realistic, I dreamed of having a mini version of my skateboard. Turns out, so did all the other kids, but naturally, Tech Deck didn't have every skateboard you could buy in real life (especially the more budget-friendly boards I owned).

Fairly new to the power of the internet, I logged on to CCS.com, learned how to resize the image of my board (in MS Paint?), and printed it. With some glue stick action and fancy scissor work, I had a personalized Tech Deck. After I had a few boards under my belt, I began offering this service to my fellow skateboard enthusiasts.

I look back on these memories fondly. I don't think what if? I think about how they were early signs of my love for invention, design, and entrepreneurship.

All said, it is a good reminder that ideas are nothing without action, no matter how big or small. Everyone has ideas. Few of us are passionate enough to go after them with the belief and perseverance to make them a reality. On a second-grade scale, I'd like to think I did. For my seven-year-old self, that was a success.

A couple of years before, my startup did fail, though. I decided to open a bank (I don't know why), photocopying dollar bills onto neon green paper. When my Pop-Pop got wind of it, he shut down the whole operation, sternly filling me in on the illegal nature of what I was doing. That's a story for next time.