BL&T No. 007: Identifying the Noise Before It Stops 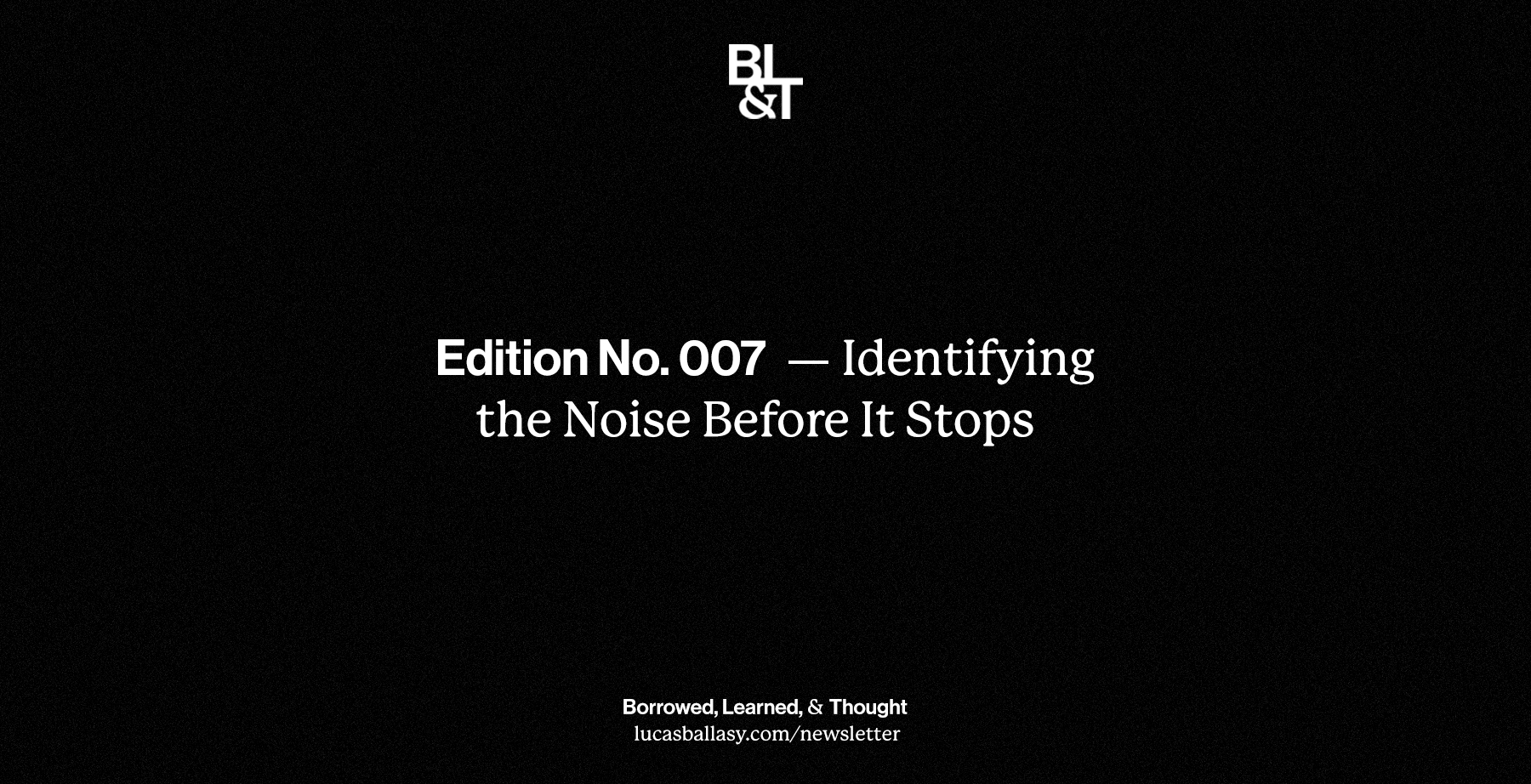 "Focus is the art of knowing what to ignore."

Special thanks to Peter Kang for bringing this podcast to my attention!‍

It is always interesting to find commonalities between two seemingly unrelated events. Last week, that commonality had to do with clarity of mind.

Event #1: I got my motorcycle license this past Wednesday. Finally. I got my permit in June 2019. Dana, my wife, had recently gotten her motorcycle license which meant I could legally drive our scooter as long as she was my passenger. I kept delaying the license road test because it was not a blocker; we would be riding together on most occasions.

It is hard to describe the lightness I’ve felt since passing the test. Looking back, I realize that even the sight of our scooter, parked outside of our apartment, was a constant reminder that I needed to get my license. I had not realized the weight of putting it off until I was not anymore.

Event #2: At Barrel, we have been lucky to maintain our client relationships for several years. We signed a key retainer engagement last year. It is still going strong but it has had its moments. There is one designer that has been constant since the beginning. Let’s call them Jane. Jane has seen it all and grown immensely from it. While her growth has been compounding, it has become most apparent recently. It felt sudden. Why? I got to thinking. In the last month, our work has picked up and evolved. I started building a team around Jane. Above and below. I consulted her at every step. This wasn’t the first iteration of a "team" but past experience has shown me what was needed. When you put the right people in the right roles, everything is a whole lot easier.

Last week, I commended Jane on their involvement with the client. My feedback prompted a conversation about her growth. In so many words, she commented on how she could now feel present. She appreciated the responsibility but she no longer felt like she was holding all of the keys.

Lesson? "Most people have been in some version of [a] mental stress state so consistently, for so long, that they don't even know they're in it. ... It's like the constant buzzing in a room you didn't know was there until it stops." (David Allen, Getting Things Done)

The trick is to be the first to recognize it and turn it off.

Am I aware of everything I'm not doing?